Since my son is approaching his 4th birthday...I thought I better post his 3rd birthday party before we celebrate his 4th.

Sometimes it's tough to decide on a theme for kids because they change their minds like the wind changes direction. Though I have to say, this theme, was a no brainer since eats, sleeps and breaths dinosaurs!

I always like to set the mood for the party from the start. As convenient as sending an evite is, I love sending (or hand delivering) invitations.  I have been wanting to do a boxed invitation for awhile now and so I thought this would be a perfect opportunity for it.  John Carl and I baked mini sugar cookie bones for guests to 'dig' up.

Another way to set the mood is to decorate outside as well as inside. Last year I did a train themed party for my son and had my husband make 'tracks' on the walkway but it backfired because the guests thought the walkway was under construction...live and learn! 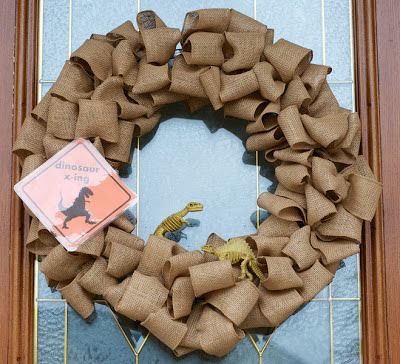 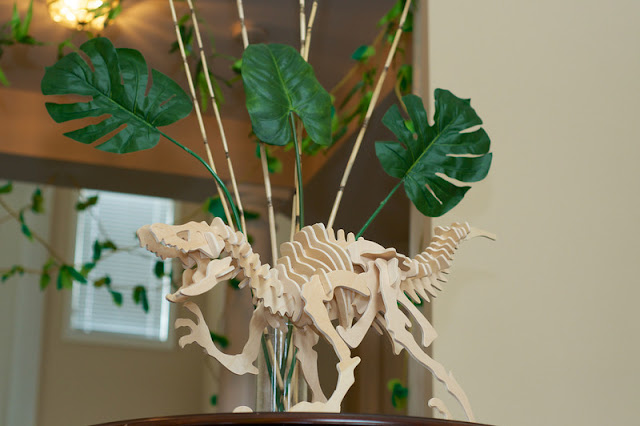 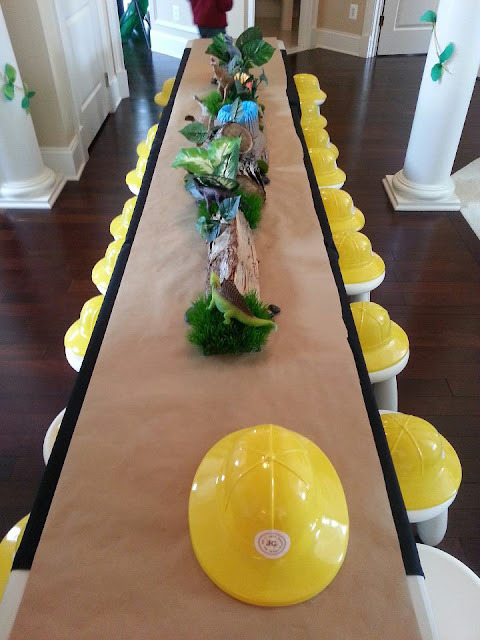 It's tough to see, but I made vines out of rope and crepe paper that hung over the kids table and around the columns to give it that jungle look 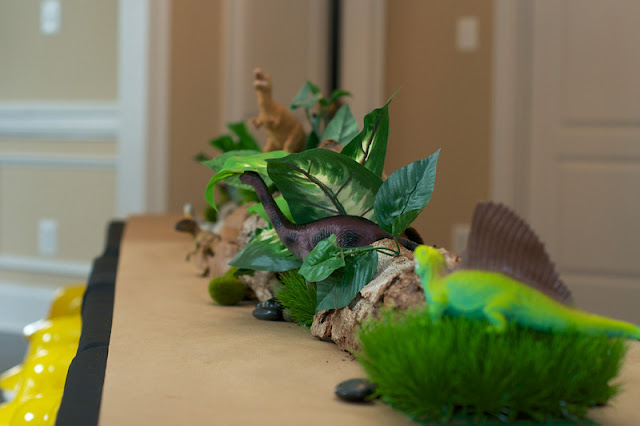 This is a great example of using what you have around the house... my son's dinosaurs, rocks, plants and fire wood.  I knew that this is what I wanted to do for a centerpiece but the day before the party, John Carl received a package from my cousin Kat. It was a volcano that worked perfectly for the center of the table, so I had to use it...luckily JC was a good sport about it.  Thanks Kat! 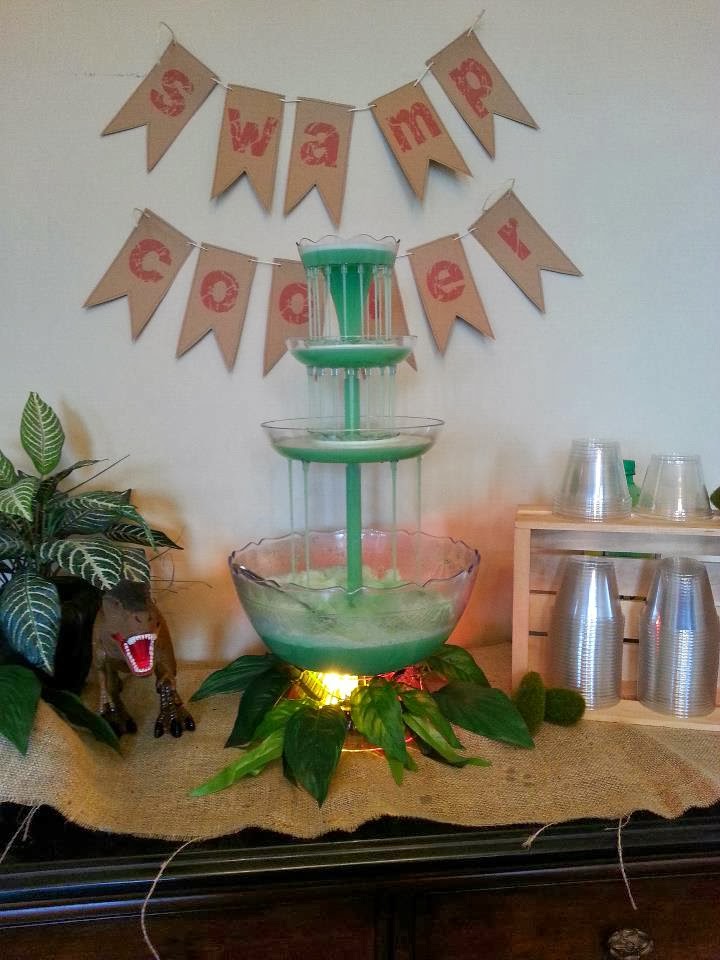 I dropped a few pieces of dry ice into the punch fountain to create a 'swamp'
feel, but was hard to capture the smoke for the photo 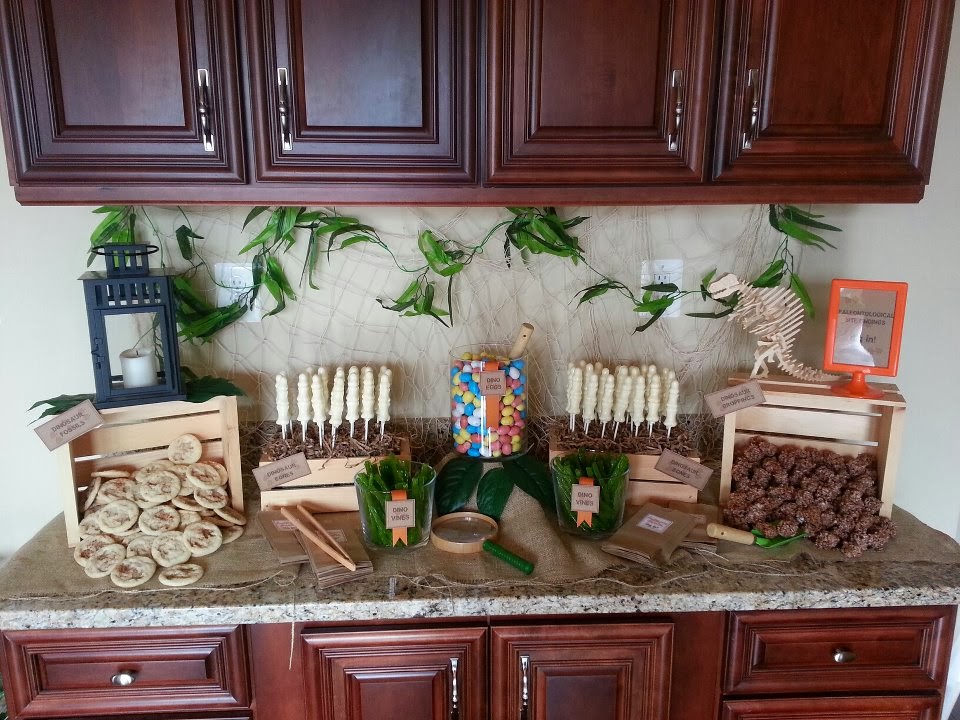 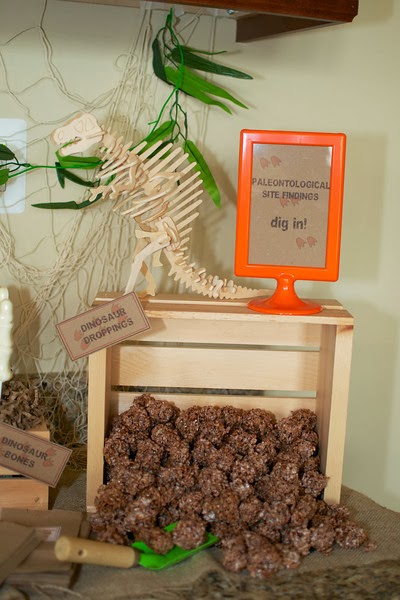 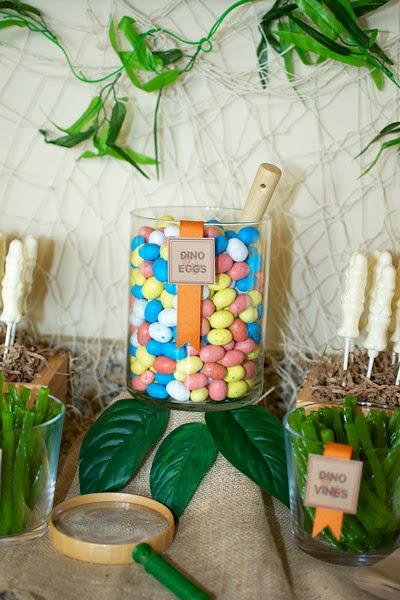 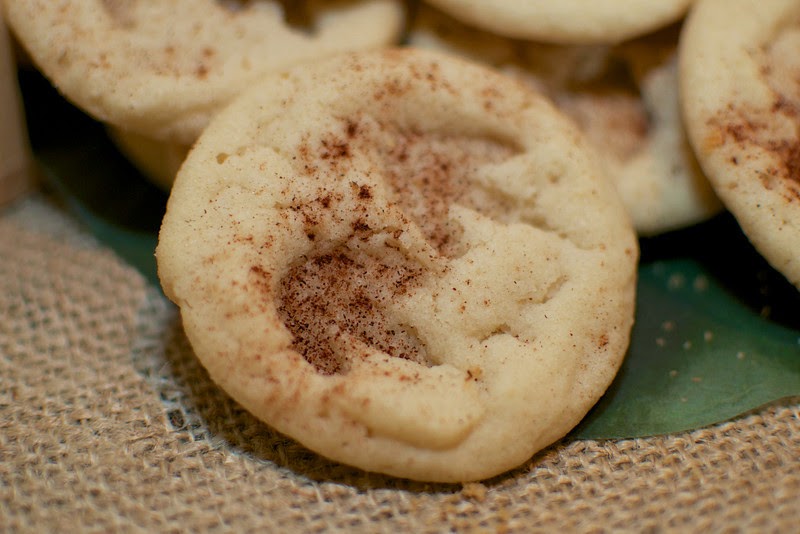 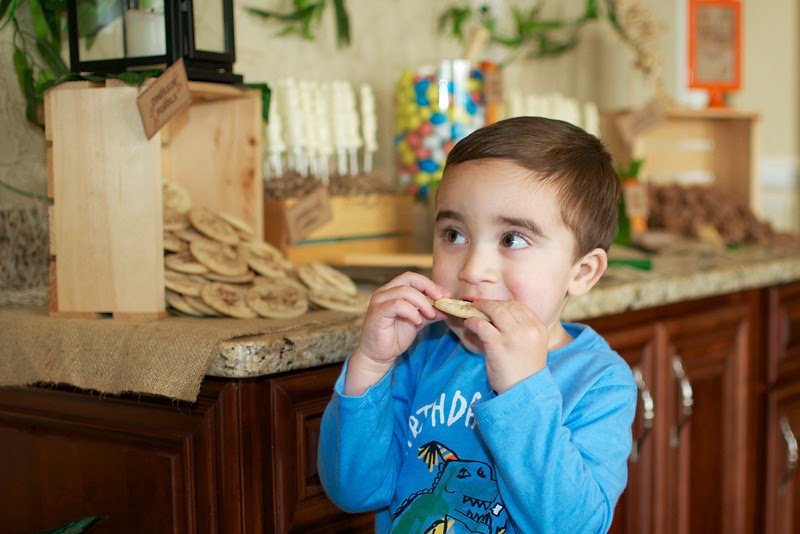 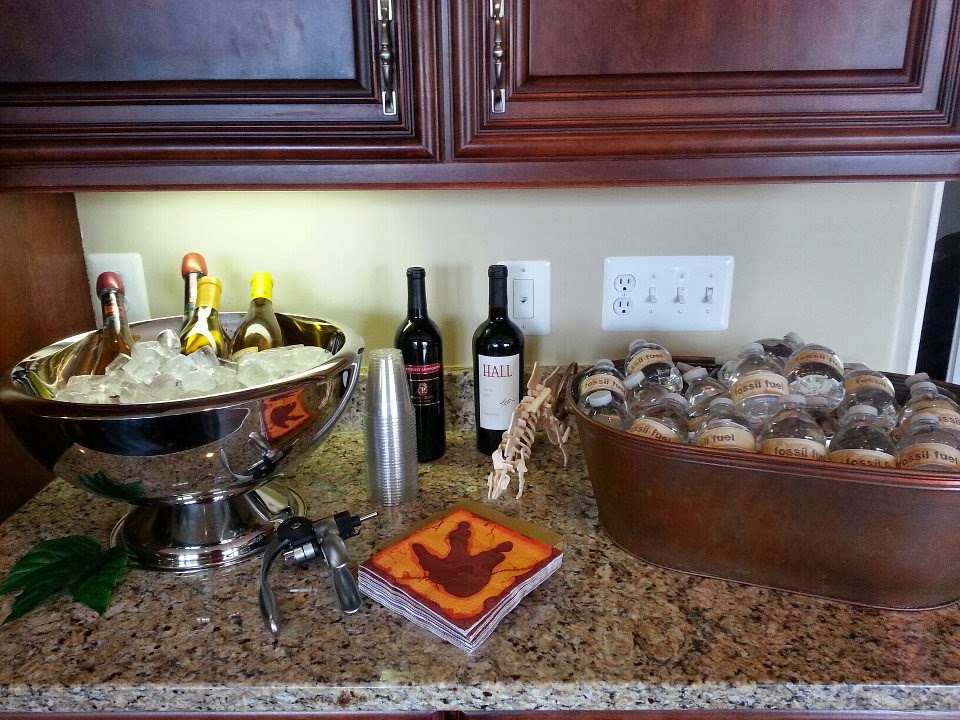 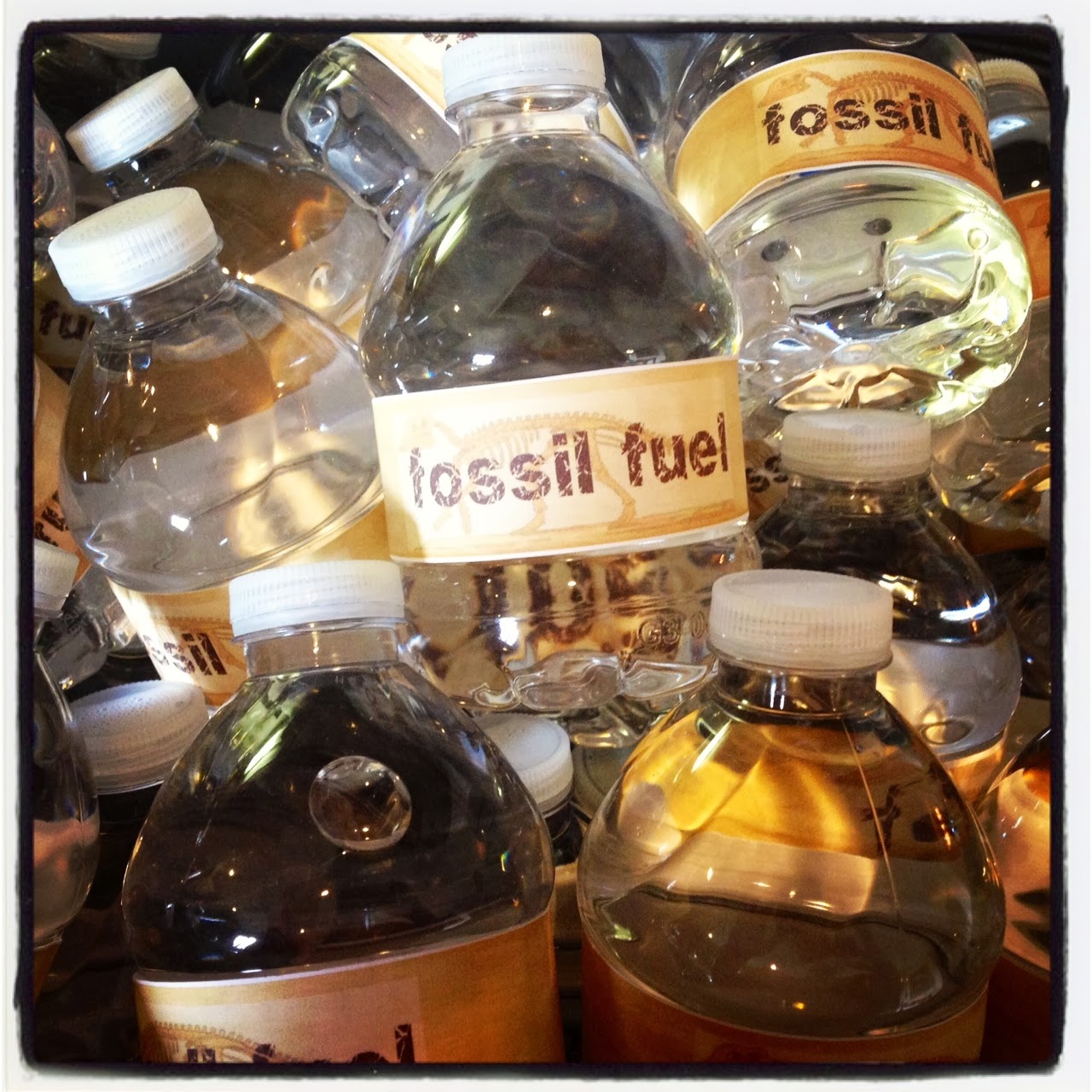 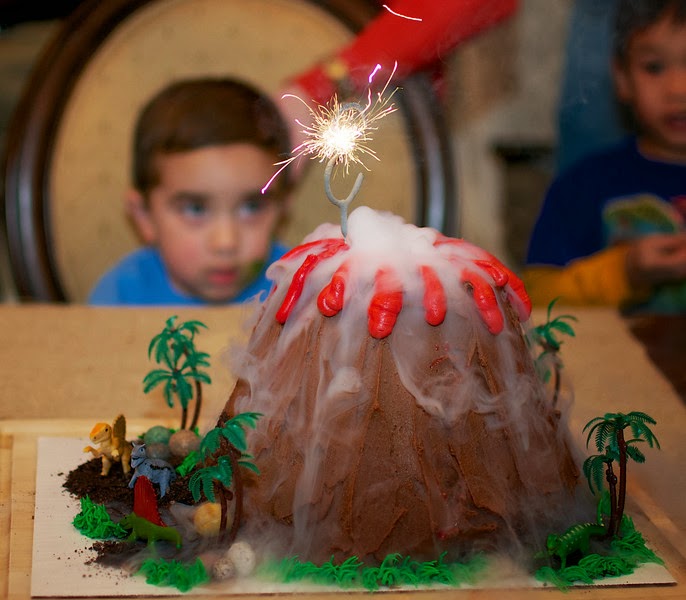 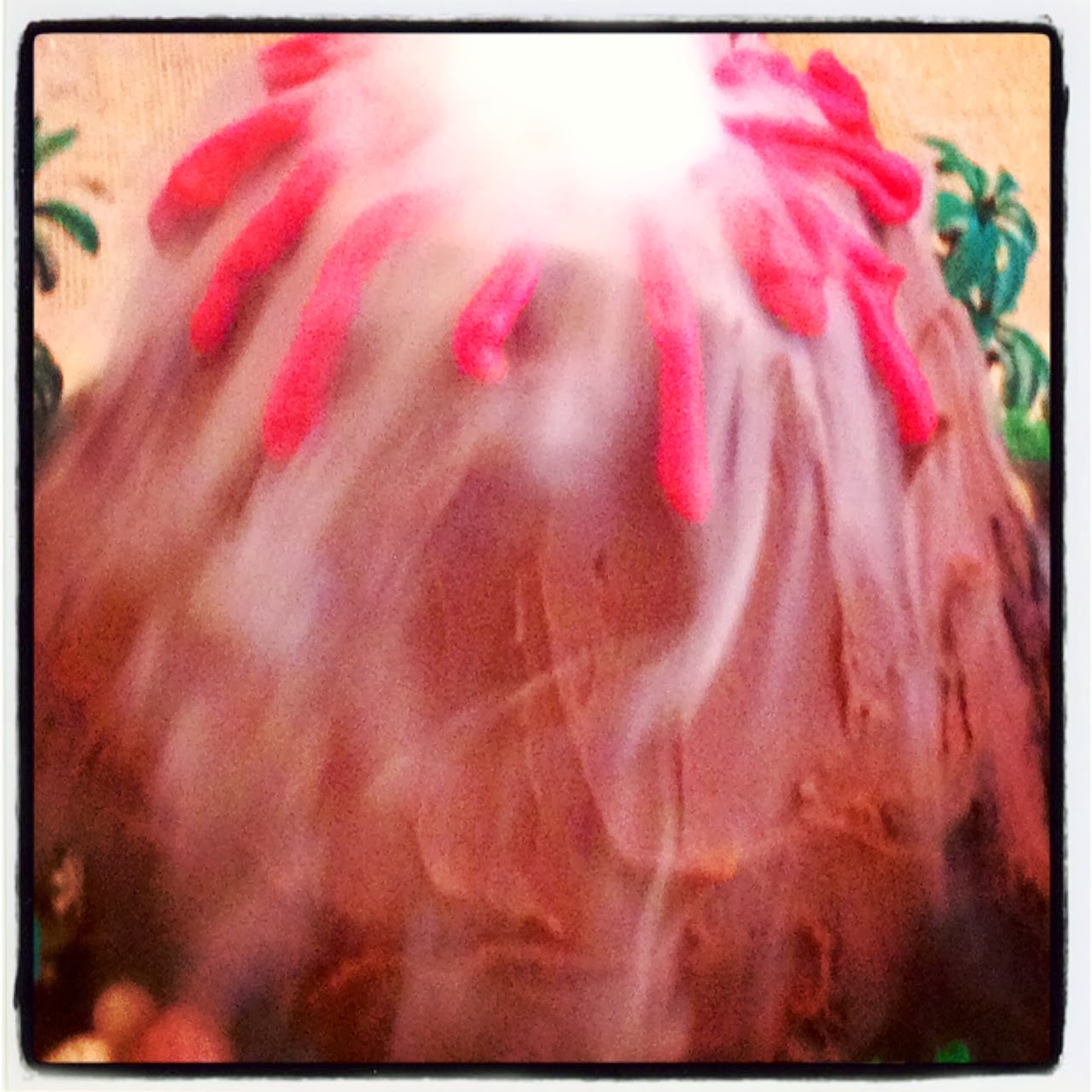 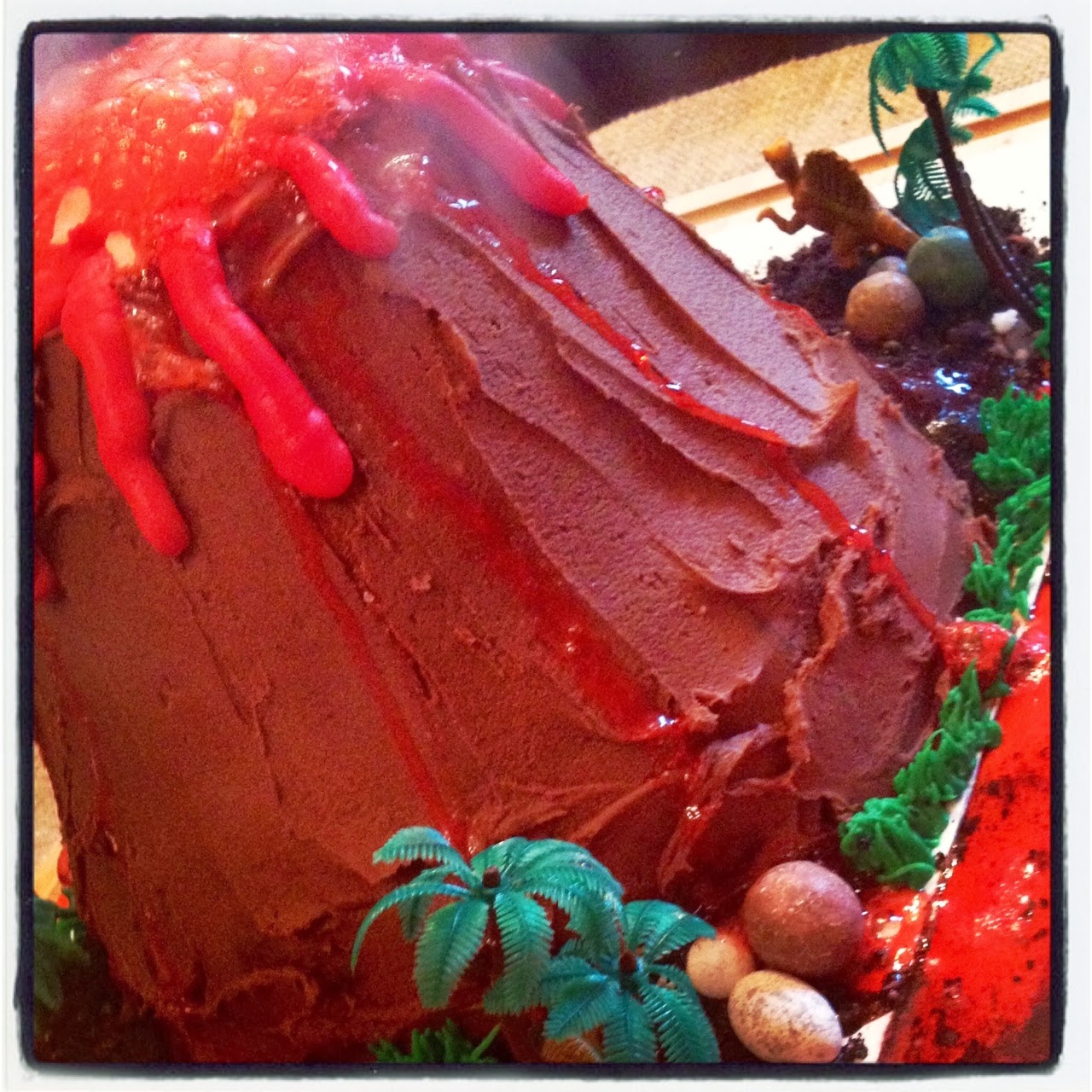 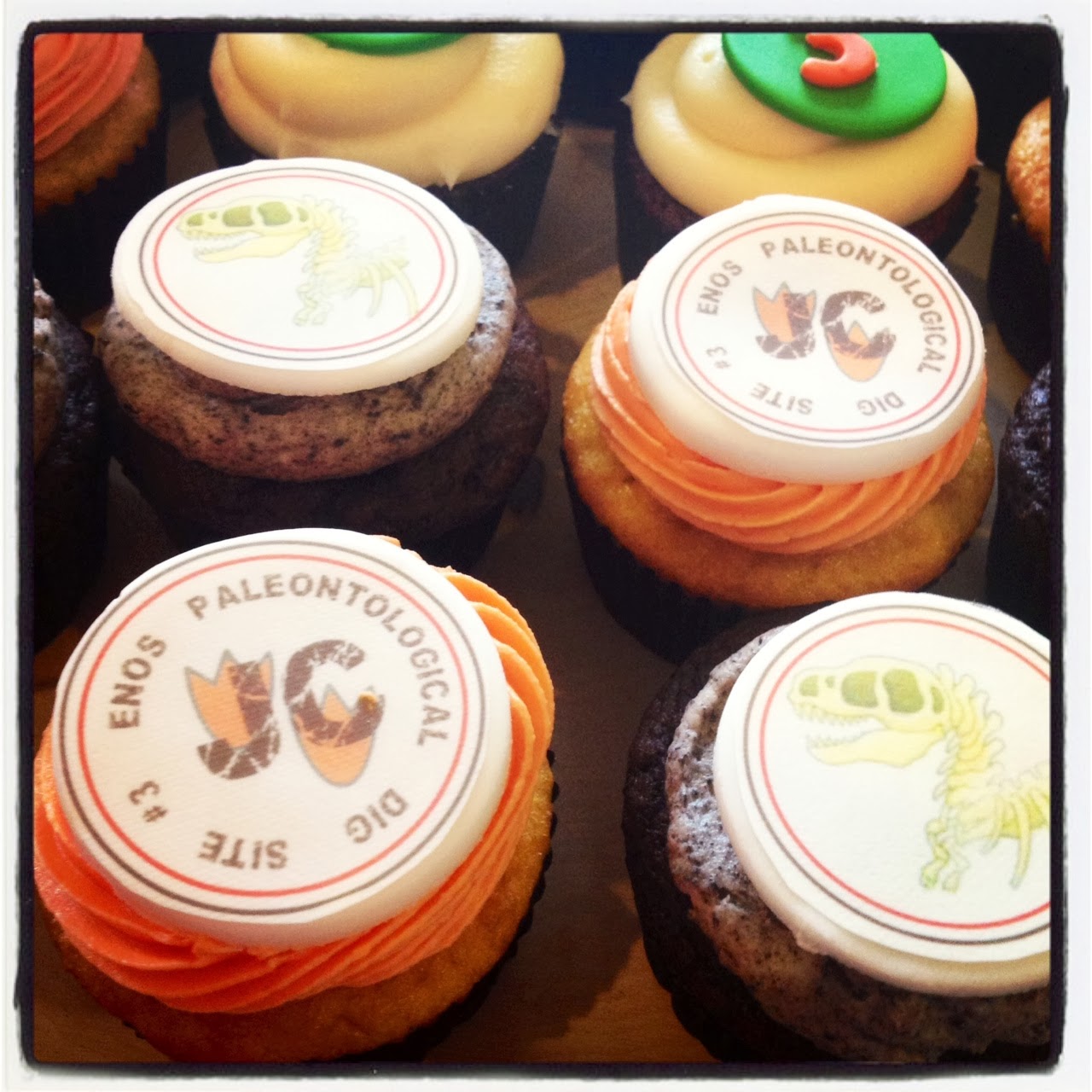 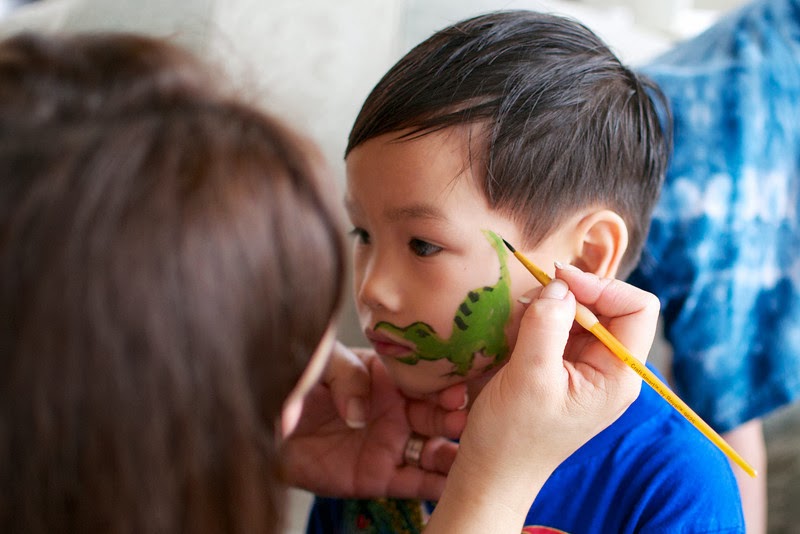 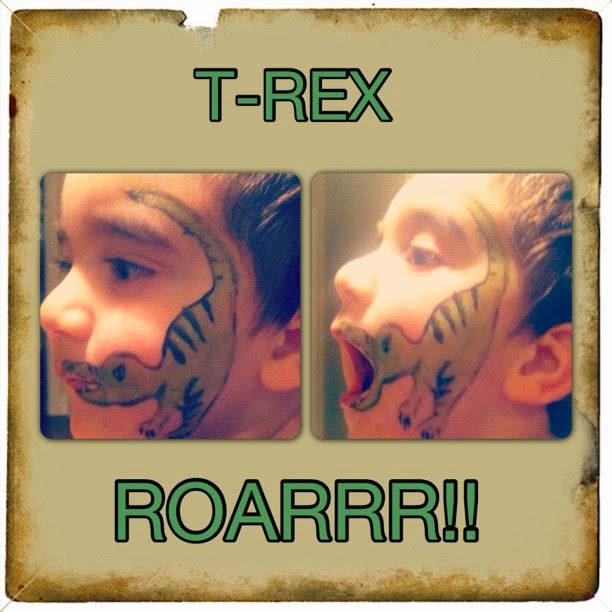 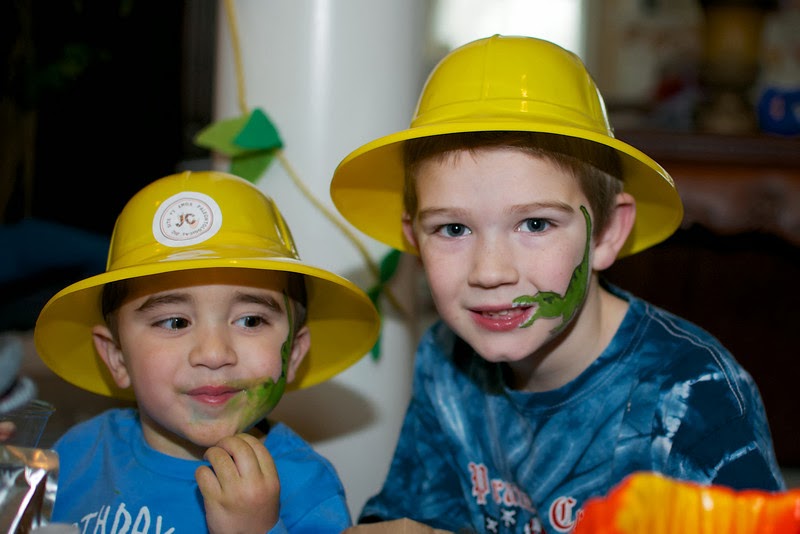 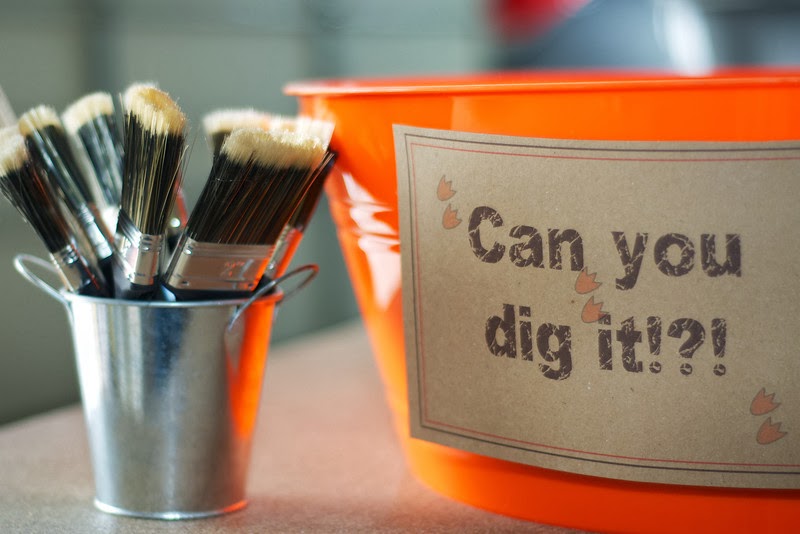 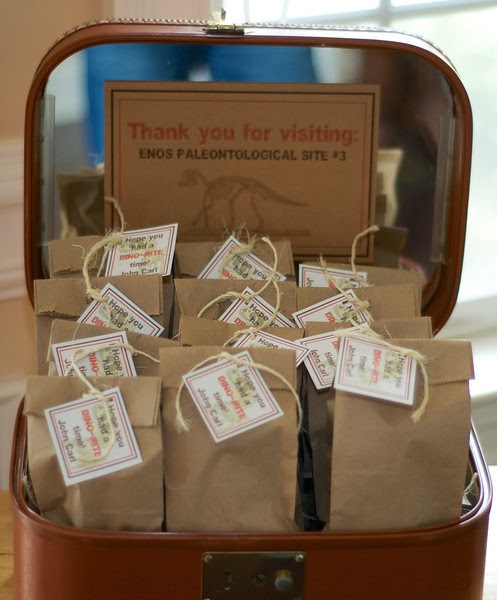 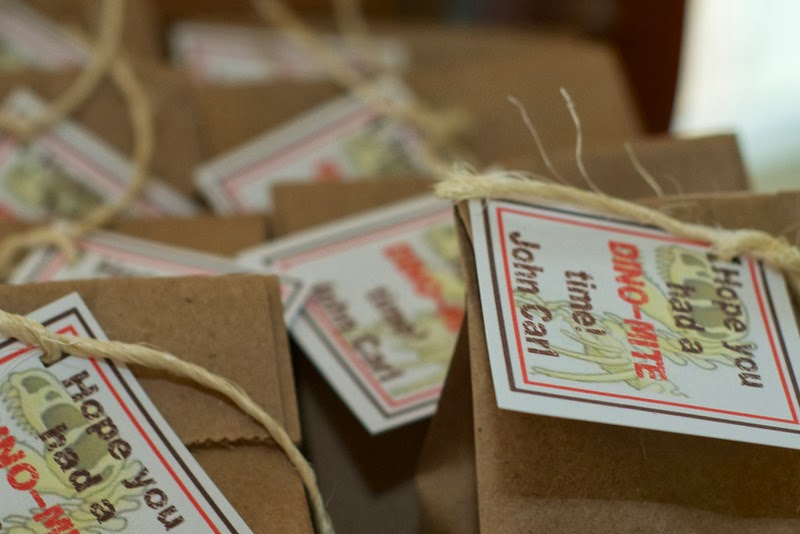 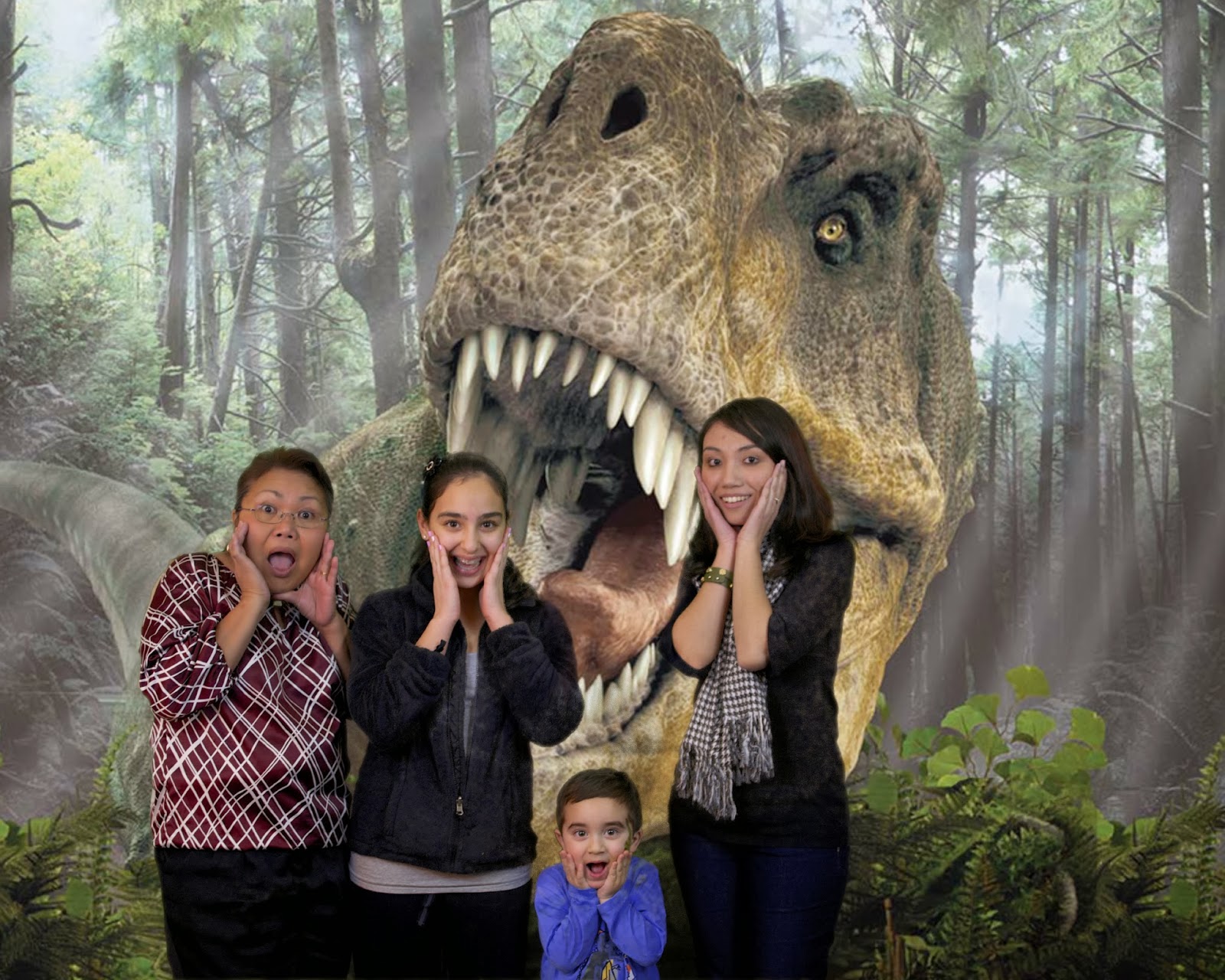 We've done a 'photo booth' of some sort every year and this year we decided on
a green screen, where guests were instructed to look shocked or scared and the picture
is superimposed onto a dino shot. I turned out to be very cute 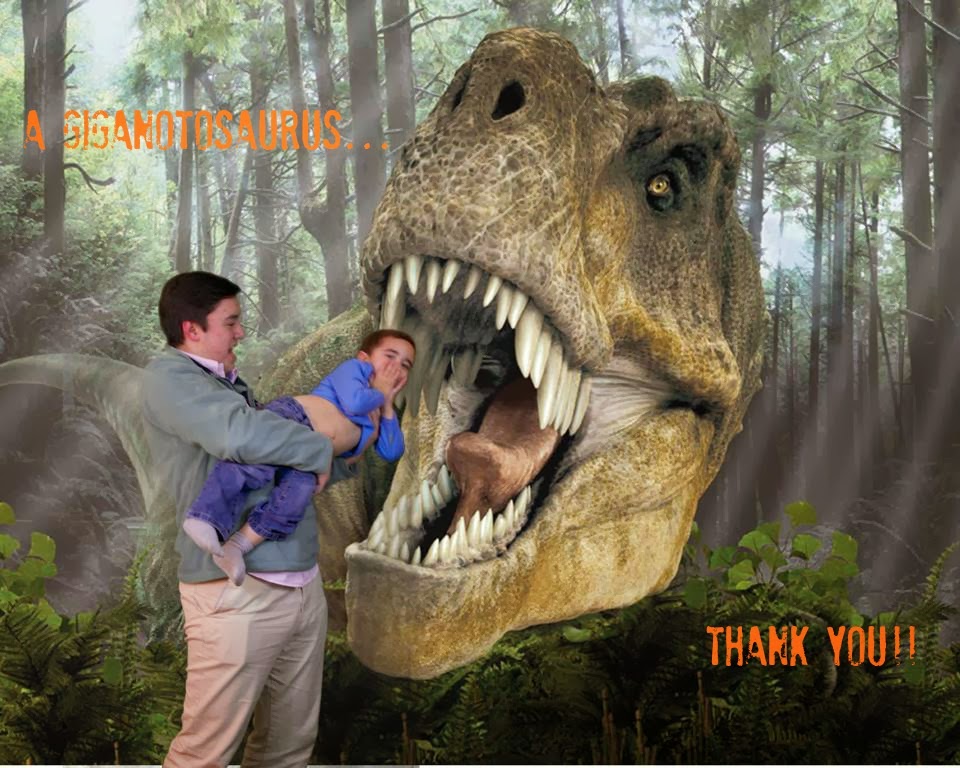