I can't believe it, it went by so fast, my little man just turned one!!  I know, it sounds so cliche but somehow we all say it!

I've seen this theme floating around a few blogs and it suits this 'little man' of mine to a T.  I love the mustaches and ties and I knew I wanted to incorporate a photo booth since it was such a big hit at the last party I planned.  The twist I added to this little man party was the root beer float element.  It all came about when I was trying to organize some of my party ware. I had a ton of disposable plastic coffee mugs that I needed to do something with...I had also recently seen a cake that a friend of mine had at a party.  It was a mug of beer with a beer can suspended, pouring into the mug.  Obviously, it wouldn't be appropriate to make a beer cake at a one year old's party so...root beer float cake it was! 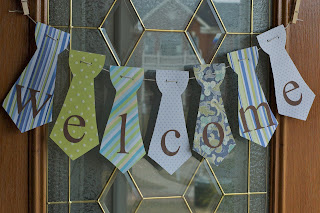 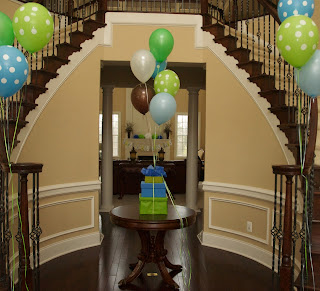 Since I don't have a cricut machine, I cut the ties out of scrapbook paper using a template that I drew freehand.  The letters on the other hand...let's just say...carpal tunnel! 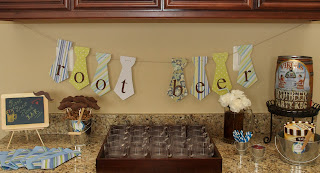 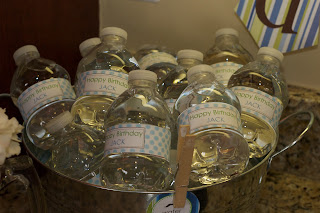 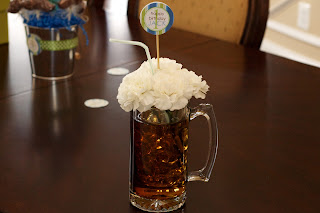 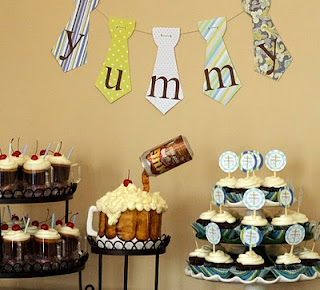 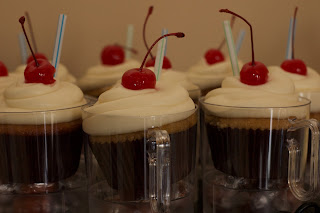 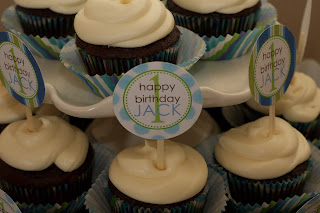 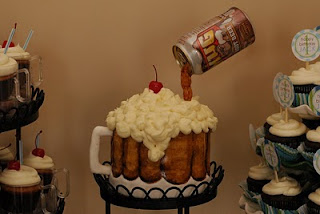 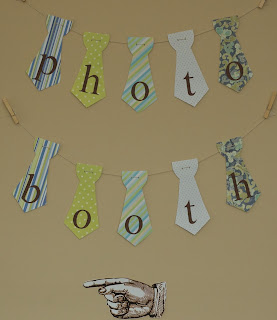 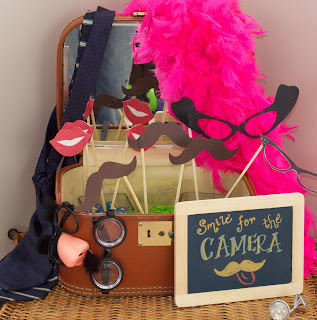 The photo booth was a fun activity especially because there aren't a lot of activities that one can do at a 1st birthday party. Besides, after a few root beer floats people started to let loose and have some fun in front of the camera. 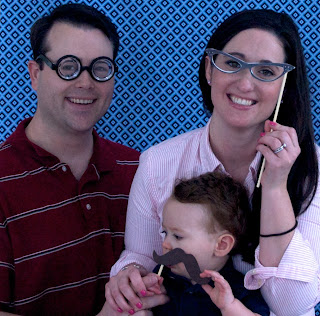 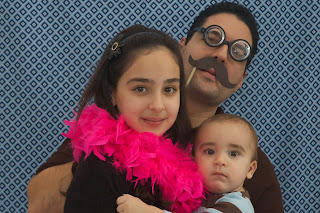 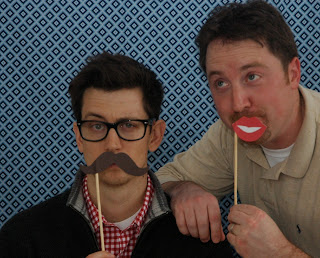 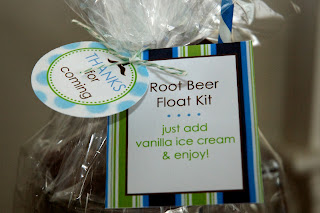 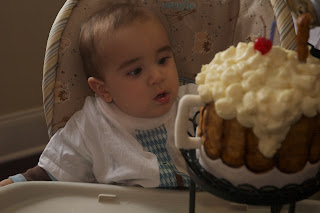